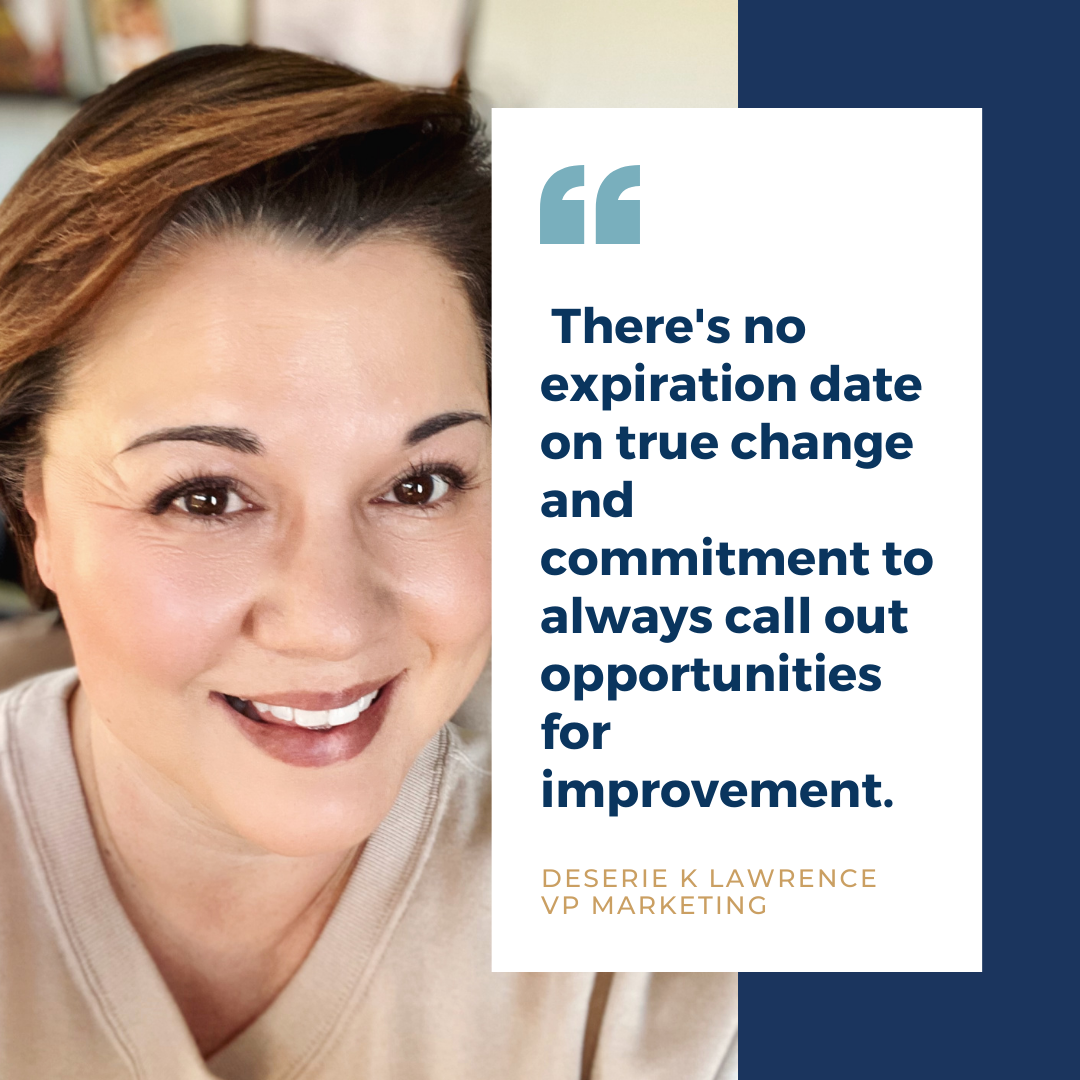 As we continue to sit down with the women of Reborn Clothing Co., we learn so much more about their experiences that contribute to their leadership style, approach to other female professionals, and what they hope to see as ways that we can work through obstacles that we face in the workplace. This time, we take a closer look at what our VP of Marketing, Deserie Lawrence, has encountered while walking through an extensive career both in the corporate world and as an entrepreneur herself.

#ChooseToChallenge means quite a lot to me, and I connected to the slogan instantaneously. Being in my field for over twenty-five years, my experiences, both in corporate and self-owned, have been a mixed bag. Still, I would have to say that I’ve personally faced the most challenge in inequality inside the last five or six years. Those challenges opened my eyes to the responsibility that I face each day moving forward.  To vocalize “in the moment” occurrences and opportunities for real change and growth.

Wow, that one directly ties back to the first question. One instance I can say has genuinely impacted my professional life and views is one where I was on an all-male, except for myself, leadership team. I had to fight for a c-suite position on the team and eventually given as a “gesture.” There were countless instances of closed doors to me where critical leadership conversations and decisions were taking place. I was consistently publically ignored as a contributing member due to my lack of cooperation or participation in unethical practices. It was plain toxic and insulting to watch endless attempts to steamroll me when I voiced objection or caution in any way.

One of the hardest things to overcome was the notion that I was always “managed” by a fellow c-level team member and completely held to another set of standards.  I lived in a real-world “good ole boy network” environment, but instead of retreating, I just kept fighting for what was right because I was convinced that they would eventually come around. Once it was evident that I would not tolerate any ethical or moral violations, I was seen as a liability versus an opportunity to improve ourselves across the board. This is what we had essentially, a chance to re-configure and become true leaders in not only our industry but to our peers and community.

My takeaways from those experiences weren’t of outrage, which would have been the easiest emotion to extract from the situation, but of motivation.  To make sure that I continue to be solid and steadfast in voicing where the train has come off the tracks in every and all circumstance. If you don’t speak it, you omit your opportunity, to a degree, to challenge what the outcome will be. Sure, it’s uncomfortable. Wildly uncomfortable at times but necessary to keep your company accountable on every level. Passively participating is just as damaging as it would be if I were the one leading those conversations, initiatives, or behaviors.

As a mother of two daughters, one of whom has already been working for nearly four years and headed off to college in the fall; I am acutely aware of how they mentally and emotionally document every move I make – whether it’s in our home or at work. And now, they’ve been more in the peripheral of conversations and situations since I’ve worked from home so much more over the past few years.

What they see and hear, even if it’s just in tone, are foundational fragments of how they will mentally construct their expectations in the workplace once they move into the phase of their life. What they should tolerate, how they should respectfully engage, and the difference between passion and commitment.

Building a company culture in so many ways directly correlates to how you create your family dynamic and home environment. We work hard to protect our family culture, and we have to continue to work even harder to protect our climate in the workplace and the strength in our voices in rooms that are sometimes designed in an attempt to mute them.

It’s detrimental to cultivating generations of strong women unshakeably devoted to helping each other chase their dreams. There’s nothing that is out of reach or just not possible because we aren’t men. Everywhere is a destination we can go to, if we choose to come from a place of yes to support, teamwork and help to raise our ships that sometimes sink, temporarily. I think that’s one of the most vital characteristics in a female professional – not feeling vulnerable for needing that critical support that, more times than not, gets you to where you need to be a lot quicker than if you continue to travel alone in pride and resistance. There’s plenty of room on that podium for us all; we have to commit to the playbook of perseverance.